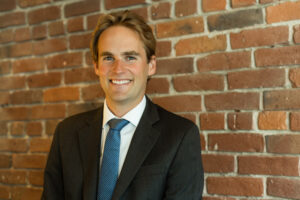 Malcolm practices commercial litigation and has appeared at all levels of court in British Columbia and at the Federal Court of Canada. He carries on a general litigation practice with a particular interest in appeals, contract and partnership disputes, real estate litigation, class action defence and environmental contaminated sites litigation. In addition, Malcolm has acted on a number of cases involving claims of fraud and breach of fiduciary duties. Malcolm also regularly acts for franchisors and franchisees in franchise disputes.

Since opening the firm in 2017, Malcolm has been counsel on eight trials, spanning over 130 trial days in the BC Supreme Court and has been counsel on numerous appeals at the BC Court of Appeal. Malcolm also has extensive experience negotiating out of court settlement agreements through mediation.

Prior to founding Bojm, Funt & Gibbons LLP, Malcolm worked at Nathanson, Schachter & Thompson LLP, a boutique commercial litigation firm and as an associate and articling student in the Vancouver office of Blake, Cassels & Graydon LLP, a national law firm.

Malcolm is an adjunct professor at the UBC Faculty of Law where he teaches Topics in Private Law: Advanced Contract Law (Law432) to upper-year students.

Malcolm’s experience includes acting as counsel or co-counsel in the following types of matters.

Malcolm has a growing appellate practice, including acting as counsel on the following appeals:

Malcolm regularly provides legal advice through Access Pro-Bono’s Vancouver Courthouse summary advice clinic and was recently recognized in the British Columbia Court of Appeal’s 2018, 2019 & 2020 Annual Reports for his contributions to pro bono services on Court of Appeal cases in 2018 – 2020.

Malcolm is also currently one of approximately 30 volunteer lawyers engaged in Access Pro Bono’s New Appellate Initiative working to provide legal services to all self represented litigants who do not have the financial means to hire a lawyer at the appellate level.

Malcolm is involved in the development of legal education in British Columbia. In addition to teaching Advanced Contract Law, he has spoken at CLE conferences on Civil Litigation and Commercial Litigation, as well as guest lectured at the UBC Faculty of Law on injunctions in the environmental context. Malcolm is also a member of the Advocates’ Club and the Vancouver Bar Association.

Malcolm is the Chair of the Board of Directors of the Orcas Island Foundation and was recently a Big Brother as part of the Big Brothers of Greater Vancouver.